“You have to grow from the inside. No one can teach you nor make you spiritual. There is no other teacher but your own heart.” 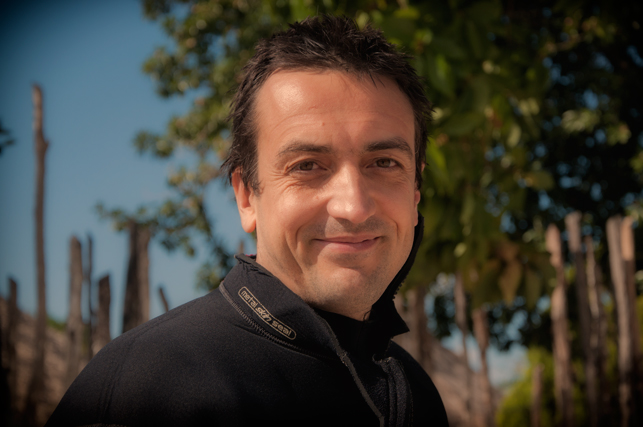 Ngakpa Ngawang Samten, or Lama Ivo as he is called by some of his students and throughout this website, is a Buddhist teacher in the Dzogchen lineage of Buddhism and comes from the Nyingma Tradition of Tibetan Buddhism. Ivo’s root teacher was the late H.H. Kyabje Trulshik Rinpoche, the last head of the Nyingma Lineage, and he has lived extensively in India and Nepal, studying and receiving teachings from more than twenty prominent teachers of Tibetan Buddhism from the 20-th and 21-st centuries. His first teacher was Ngakpa Jampa Thaye from the Sakya tradition. Later Lama Ivo started practicing mainly in the Nyingma tradition and among his most important teachers, apart from his root teacher, were H.E. Gangteng Rinpoche, H.E. Shechen Rabjam Rinpoche, H.H. the 14-th Dalai Lama, Jigme Khyentse Rinpoche and Chogyal Norbu Rinpoche (see: An Account of Dharma Received).

Ivo holds many Buddhist transmissions (see: An Account of Dharma Received) and in the 30 years of studying the Tibetan Buddhist tradition has completed a traditional four year solitary meditation retreat in addition to many shorter retreats and periods of intense study and practice. Additionally he has background in the shamanic tradition of Central America. He is also a certified hypnotherapist, adept in past life regression methods.

Lama Ivo was the head of the Shechen Thegchog Lamsang Dharma Center in Bulgaria from 2005 to 2012 and the head of the Rangdrol Ling Dzogchen center in Mexico 2013-2018. In early 2012 Ivo somewhat distanced himself from the responsibilities associated with the Tibetan Buddhist establishment, in order to be able to work effectively with his students, teaching gradually a new cycle of Dharma teachings (see: Breaking the Bond, and The Journey). Lama Ivo is currently residing in Europe with a group of dedicated Dharma students, as the head of the Sky Dharma Community.

For an extensive secular biography of Lama Ivo, see: Ivo’s life, so far

A good teacher affects eternity.
We can never tell where his influence stops.
–Henry Adams

Join us in benefitting others. Support our work!

Let's do this together, you can share the karma of doing something worthwhile, and this always feels good. Your help is needed, please make a donation.