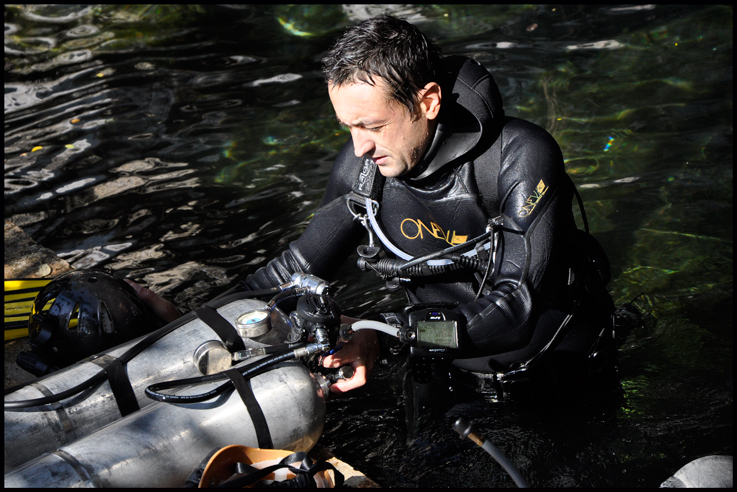 Lama Ivo has a background in a wide array of disciplines and this makes it quite difficult for some of his students to follow his example, especially for those who are over-enthusiastic and try to do that literally. He has had a few decades without any formal engagements and all the time he needed to pursue whatever discipline he thought beneficial, often engaging in rigorous training. Here is a small list of his main interests.

Ivo is martial arts instructor, holding s 5-th dan black belt in ITF Taekwon-do, and is also a Wing Chun Kung Fu instructor in the Wong Shun Leung lineage. He is the chairman of the Bulgarian Extreme Sports Association and the owner of the Roke Adventure School in Bulgaria  – a very successful organization which has been in existence since 1994. He is also an international Outward Bound and EDUCO instructor. He especially loves teaching children. Ivo has a very extensive background in nature-related extreme sports and he often stresses the importance of such activities for a balanced and healthy spiritual life and also the potential of their special application for the serious practitioner.

Ivo used to do a lot of rock climbing years ago, but nowadays he very rarely does that. However he has been involved in exploration speleology from a very early age and is currently one of the foremost cave diving instructors in the world. He is the owner of the DivingMexico cave diving school and the leader of the ATI Cave Exploration Team, which discovered and currently explores the longest single entrance underwater cave in the world – the Ixtlan Cave System. Ivo is also the owner of the ATI Pictures film studio and an award winning film maker. His recent documentary “The Unexplored” received wide acclaim and recognition.

Ivo is a Speleology, Emergency Rescue, Rock Climbing and Outdoor Survival instructor trainer (IT), as well as an exploration cave diving instructor and skilled sailor.

Ivo is a certified hypnotherapist and has also completed the advanced training of the late Dolores Cannon under her personal guidance. He has vast experience in past life regression work and deep trance healing, with 8000+ sessions to date (2020). However he doesn’t use classic hypnotherapy methods anymore. These days he only uses special methods for work in very deep trance states, connected to the new Atiyoga transmissions. He almost never does this kind of work with people who are not his students, or at least, serious meditation practitioners.

Ivo has a past background in Central American shamanism and is adept in the use of visionary power plants. He is also very skilled in various divination practices and holds several such transmissions. His knowledge in this field is mostly inaccessible to his Buddhist students though, as he almost never mixes different approaches and traditions. However he has sometimes allowed individuals with very firm Bodhichitta access to the amazing world of magical practices and rituals. His opinion is however that these things are only in the realm of very advanced practitioners, who have the capacity for total integration.

Ivo has а connection to CSETI and is a honorary founding member of the Agency for Transdimentional Initiatives – an international exopolitics organization with very little public activity, based in North America.

The only way to deal with an unfree world
is to become so absolutely free
that your very existence is an act of rebellion.

We pray that this website brings auspiciousness in these difficult times. Please be aware that the COVID-19 situation is not what it seems... on so many levels. Be safe!

I wish to learn more!