The meaning of compassion in the Buddhist tradition

Home → The meaning of compassion in the Buddhist tradition

The meaning of compassion in the Buddhist tradition 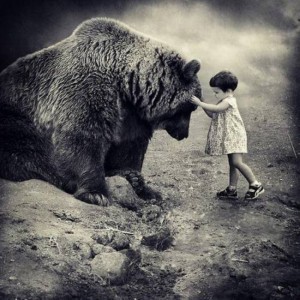 I chose to write this short article as the true meaning of compassion stays often hidden even from those who try to practice it daily and who have made it a central point of their personal spiritual path. The need for compassionate action, aspiration and attitude within the context of the Buddhist tradition  is something rarely explained well, and is in fact a very deep and maybe difficult subject to grasp. This information is rare to come by, and even in the greatest treatises on the subject, like the incomparable Bodhicharyaavatara of Shantideva, the real implication is very much hidden and only the causal relationships are openly explained. What is left out has been transmitted as part of the oral tradition, which is often inavailable to Western practitioners. I will just try to point in the right direction.

In Mahayana Buddhism the altruistic, compassionate attitude is seen as central to all spiritual development. This altruistic motivation is in fact what distinguishes the whole Mahayana path from the “lesser” Hinayana Buddhist discipline. The Vajrayana path, being part of the Mahayana, shares the same emphasis on compassion. The Mahayana sutras state that enlightenment is only possible when the aspects of compassion and wisdom are both developed to the fullest. Likewise, the vow of the Bodhisattva, which puts the intention to benefit all sentient beings as central to one’s spiritual development, is seen as a prerequisite for all tantric practices of the Vajrayana.

With the wide dissemination of these spiritual approaches in the modern world we would expect  that the majority of practitioners should have a solid grasp of the actual logic and reasoning behind this strong emphasis on compassion. Sadly, this is not the case and very few teachers explain these things in sufficient depth. This is partly because it is not so easy to do.

A warm and fuzzy feeling

The extent of the understanding of ‘compassion’ of many Buddist practitioners is limited to the warm and fuzzy feeling of being on the side of “good” versus “evil”, and it’s endless nuances. This is in fact linked to the very strong concept of “morality” which is central to the Christian tradition and which has infused Western civilization and language to such an extent, that even those who think of themselves as atheists or followers of the Eastern disciplines take it for granted. As a result, they approach the Buddhist teachings on compassion with the same reasoning and attitude which has been fed to them by the cultural milieu since birth. Surprisingly however, this concept of “morality” does not exist in Buddhism, at all. This creates an enormous amount of confusion and a situation where decades of sincere Buddhist practice bring very little, or often, no results. It is vital for these things to be clearly explained and understood.

The Buddhist meaning of compassion

Buddhism does not speak of morality in the sense of the good/evil dichotomy – such a concept is nonexistent in this tradition. Instead, Buddhism explains that there are two types of reality – the conventional reality, comprised of the interdependence of  actions and their results (karma), and the ultimate reality of the underlying nature of mind, which is beyond the karmic process, and thus completely beyond ordinary perception. The aim of the Buddhist path is the full realization of ultimate reality, which leads to the dissolution of the personal karmic vision.

As the typical Buddhist practitioner functions within the realm of conventional reality and the karmic process, the teachings showing the path to enlightenment use skillful means to short circuit the dualistic mind. This is achieved through the implementation of methods which expose the underlying inconsistency of the karmic perception. A key facet of the samsaric mind is it’s propensity to perpetuate a perceptional distinction between outer and inner phenomena – a distinction which, in ultimate sense, can not be asserted. This creates a gross conceptual matrix which seeks to constantly balance a nonexistent dichotomy, thus creating the full spectrum of problems and suffering which in Buddhism is called ‘Samsara’ – the endless wheel of existence.

Whatever we look at, we see Samsara. Whatever we think of, we create Samsara. When we use the tools of comparison, as we are doing all the time, we can never escape our karmic vision. The logic of this karmic vision however, is entirely deceptive, as it is just constantly reflecting back on itself. Strictly speaking on a karmic level, all we see, hear and think is a manifestation of energy imbalance. The gross phenomena our senses perceive are patterns which have been karmically reinforced time and time, and time again during countless lifetimes. They are currently accepted as valid purely on the basis of habituation, their underlying faults are still there and have never changed. If we aim our Dharma practice at these faults, the whole karmic structure will disintegrate.

In the Buddhist teaching the ultimate stability of the Samsaric perception is explained as the sense of individuality. This sense of individuality, coupled with the erroneous concept of ‘time’, creates a focal point for the dualistic mind. The outward reflection of personal individuality is the perception of other ‘external’ individual beings. The resultant interaction with them is a key element in upholding our own focal point. Our own individuality is false though, and it’s reflections – the “other beings” are thus unassertable also. In order to break this fixation the teachings on compassion and the very special methods of exchanging oneself and others are taught.

How does “compassion” work

Compassion in the Buddhist context is the dissolution of the individual self, as reflected in the seemingly valid perception of “others”. The teachings on compassion use the logic of the dualistic mind and present methods which resolve a perceptual illusion. When we engage in the development of altruistic attitude and the subsequent compassionate actions, we gradually soften the solidity of the individual self. If we manage to dissolve completely the boundary between ourselves and others, our karmic perception will in turn dissolve. The teachings on compassion are the most direct route to this dissolution simply because our grasping of self and others is the center of the Samsaric mandala – it is the key focal point which holds the whole thing together.

Having said that, it is still not easy to practice correctly. We need pointers and we can obtain them from our teachers, but maybe the most important one is this: When you see another being which you perceive as an ‘enemy’, in any way, you are actually seeing your own fear of losing the security of Samsara. If this triggers anger, then you are actively engaged in Samsara. Do not do that – now is the time to practice compassion, and this is a practice which does not concern others, and which does not concern ourselves – it concerns only re-integrating with our true nature.

Even if we understand all this conceptually, which is not easy to do, we often fail to apply it, because the karmic interdependencies are so complex and intricate, that we lose ourselves completely. Still, this understanding is vital, as it will counteract the tendency to practice compassion as charity, and also the tendency of the idiot compassion so aptly explained by Trungpa Rinpoche. Compassion as a Buddhist practice is not charity, nor indulgence, it involves working with our own perception in a much more direct way. The situation is very sophisticated – you are facing a magical show, created by none other than yourself, intended to deceive none other than yourself. It is not easy to get untangled, and yet, it is not hard at all. We have to step aside and observe. We have never done this before. Have respect for your own creation and cut it from the root.

The key teachings, like the deep and secret stages of Kadam Tonglen meditation are unsurpassed in effectiveness. Obtain the oral tradition from your teachers and keep them close to your heart. Those are the tools which will really change you and will help you keep and fulfill the precious Bodhisattva vow.

We pray that this website brings auspiciousness in these difficult times. Please be aware that the COVID-19 situation is not what it seems... on so many levels. Be safe!

I wish to learn more!